Just a quick read on probation periods for each province.  Most think it is always 3 months, but sometimes a day can make a difference….

I could not resist sharing this article.  So many find being on and around the water peaceful (me included) and a great reset to the hectic lives we all live.  If you don’t have a boat and want to se the positive effects of sailing, please join us  Summer Sailing with Mainstay

Recent research shows people experience emotional, behavioural and psychological benefits of being near, in, on or under water, and while participating in activities such as boating. One of the leading researchers on the health benefits of the water is Dr. Wallace J. Nichols, Ph.D, a marine biologist and author of Blue Mind, the bestselling book on the scientific connection between water and happiness.

EI sick benefits are the one benefit that most of our clients rely on to support employees in the period before Long Term Disability (LTD) begins.  This is an area that the government has not materially changed in almost 50 years and we see no indication that they are looking at making changes.  Few employers having formal salary continuance programs or insured Short Term Disability (STD) coverage, so this is an area where any change could have a real effect on employers.  We’ll continue to monitor the area for changes, as the usage (and government costs increase)…

More and more Canadians are applying for federal help as they take time away from work to battle serious illness — and almost four out of every 10 applicants are maxing out their benefits. 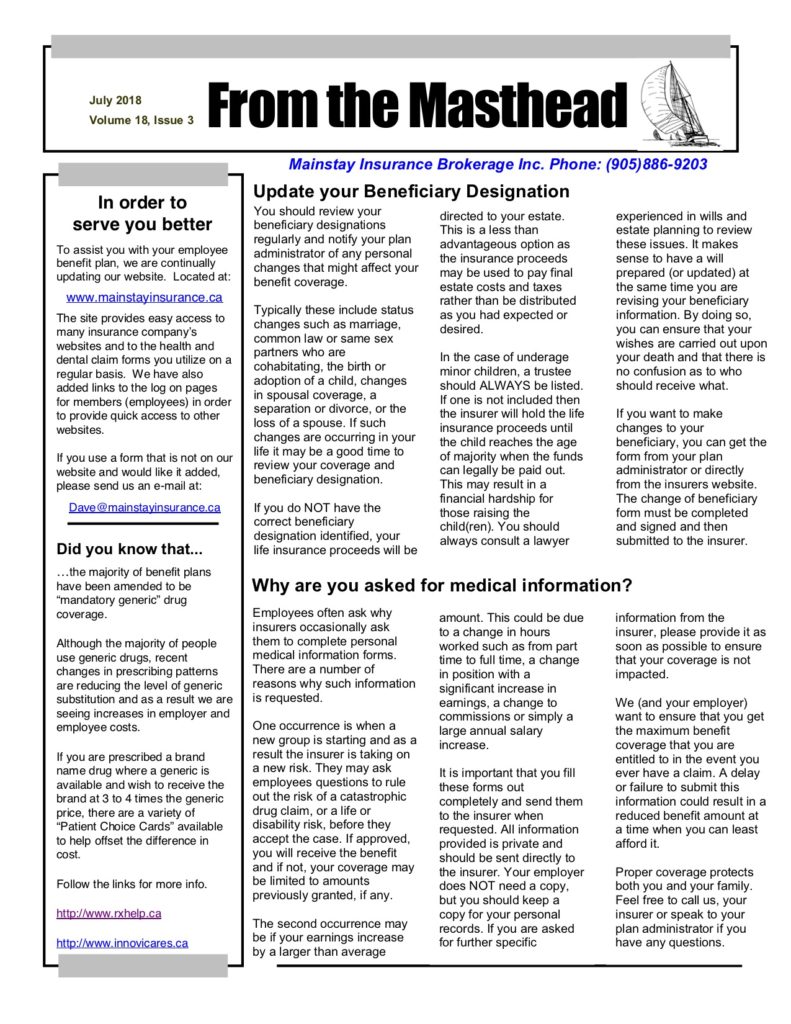 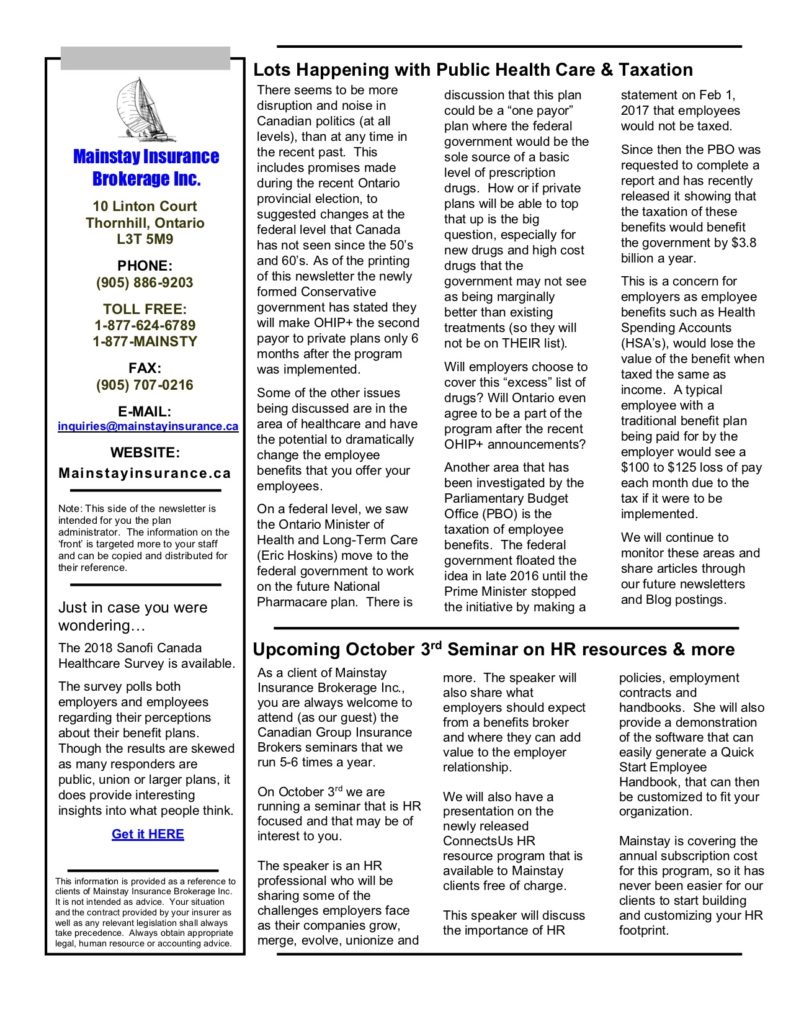 Over the weekend we had a very big announcement that may affect not just those in Ontario, but possibly the future of federal pharmacare as well.

The change to add OHIP+ , for youth under 25, were just implemented in January and was expected to result in about a 3-4% average savings for most group plans that had youth under 25 on their plans as drug claims would now be picked up by the province.

Now the new Ontario government has stated they will make OHIP+ the second payer after private plans.  This change means those costs will now revert back to the employers as they had in the past (prior to the January implementation).

Ontario’s new Conservative government has announced changes to the province’s youth pharmacare program to make it second payer for Ontarian’s under age 25 who have coverage through private benefits plans.