Employees taking Parental Leave and applying for EI benefits may now be entitled to an extra 5 or 8 weeks of EI benefits as noted.

This change does not affect business owners, nor does it extend the time allowed off, other than the fact that the second parent may now take time off when they may not have before.  The clip below summarizes the new standard and extended options available.

What are EI parental benefits

EI parental benefits are offered to parents who are caring for a newborn or newly adopted child or children.

There are two options available for receiving parental benefits: standard or extended.

Note: The number of weeks of EI maternity or parental benefits you are entitled to receive does not change, even if you have a multiple birth (twins, triplets, etc.) or if you adopt more than one child at the same time. 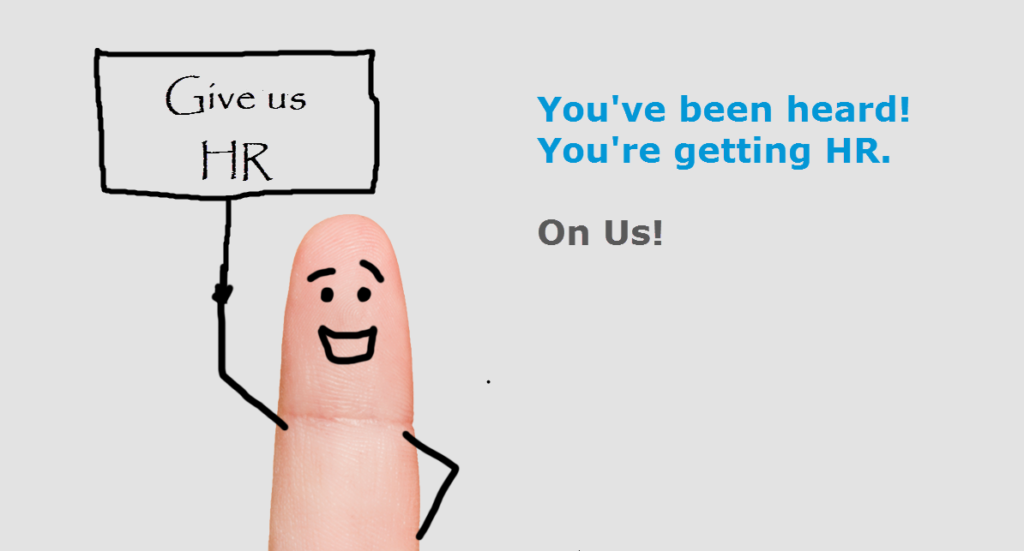 You often tell us that you need HR, that you don’t know where to start, who to call, what to do.  And too often, you do nothing.

You’ve been heard!  Mainstay has entered into a program with ConnectsUs HR ™ so you can take advantage of the proven HR package made for Canadian small business and compliant for Ontario, Alberta and BC.

The best part?  There’s no cost to you – we’ve picked up the tab! You won’t even have to provide a credit card. Simply e-mail dave@mainstayinsurance.ca who will be happy to provide your unique program code to you.

Get started on your HR today!

Each year we meet with clients, talk about the industry, changes in legislation and taxation, as well as drivers of cost increases affecting plans.  It’s the last part that most clients are concerned with as so much is beyond the control of the employer (or the broker or insurer for that matter).

There are consistent cost drivers such as the provincial dental fee guides that rise by 2 to 2.5% each year (which we are told will be double and up 4.2% this year and likely next!), then there are things like the new drugs coming to market .  This post from Benefits Pension Monitor illustrates just some of the challenges we see that will drive claims and costs for employers.

More than 140 drugs are braced for launch from Canada’s drug pipeline as they await regulatory approval from Health Canada, says Mark Jackson, a consultant pharmacist with TELUS Health. In ‘The TELUS Health Drug Pipeline Report,’ he takes a closer look at 14 of these drugs, anticipated to have the most impact on private drug plans. Cancer therapies dominate the drug pipeline and a fair share of them will be available as pills that can be taken outside the hospital which means that more cancer patients will turn to private drug plans first for coverage. Estimated costs for these drugs could reach $150,000 to $520,000 annually per patient. However, these new cancer therapies are for highly targeted uses only, based on genetic biomarkers. In one case, the estimated patient population for all of Canada is less than 200. The largest potential patient population, for a drug to treat a certain type of breast cancer, is approximately 5,500 individuals/patients. The cost is $149,300 for the recommended year of treatment. Outside of cancer, Canada’s drug pipeline includes three specialty drugs indicated for conditions with relatively larger patient populations. Private plans will see the second biologic drug for people with chronic migraines, as well as an additional biologic for severe asthma. New on the scene are specialty eye drops for dry eye, a condition that affects up to 30 per cent of people aged 50 and older. The eye drops are estimated to cost $8,700 annually. Rounding out the pipeline report are four medications for very rare conditions. All can be administered outside the hospital setting. Three are break-through therapies and one is a replacement for Soliris, which made headlines as the most expensive drug in the world when it launched more than 10 years ago. Its replacement, which can be administered every eight weeks instead of every two weeks, is expected to cost about 10 per cent less than Soliris, or approximately $605,000 annually.  http://bpmmagazine.com/news/

The Ontario Ministry of Heath and Long Term Care is putting on a number of webinars on the changes to OHIP+.  The webinars are WEEKLY on Wednesdays and the info is below.  If you or your staff have children under 25 that may be affected, please join them to find out more.

We will be hosting weekly webinars to provide an overview of the redesigned OHIP+ and to answer questions regarding changes to Ontario Drug Benefit program coverage for children and youth aged 24 years and under. Webinars will be held each week on Wednesdays from 12:15-1:00 pm.

Teleconference information will be available at this link 10 minutes prior to the start of the webinar. Please mute your phone by pressing *6 once you have dialled in.

If you do not have the latest version of Adobe installed on your device, please click on the link a few minutes early in the event you are prompted to update your software.

Provincial Dental Fee Guides are established by provincial dental associations and used by most dentists to set the rates they charge. Insurers use them as a guideline to avoid dentists overcharging above beyond this “Reasonable and Customary” limit..

Ontario is seeing the rate increase 4.19% this year. This means that the same service you had last year, performed by the same dentist will cost (on average) 4.19% more.  On top of this there is trend and utilization (these are the amounts that we go to the dentist more often and use more services.) that will further drive up the costs that employees are charged and that benefit plans will be paying.

This increase is double what we have seen in past 20 years.  I have spoken to the ODA and they are saying that a large part of this is due to the new “Infection Prevention and Control in the Dental Office” regulations that have been enacted, which has required dentists to invest in office equipment and process upgrades.

The ODA goes further to say that this is only the start and that 2020 may hold the same type of increase again.  This will be a huge driver of rising dental claim costs as we progress through the year.

The tables will be published by insurers in the coming weeks. If you want to see a quick copy.

I am big on keeping Independent Contractors off benefit plans to protect both parties, but it does not end there.  We are seeing more employment law cases around Independent and Dependant Contractors, so these relationships must be entered into with care and reviewed regularly to avoid risks.  The article below provides an example of the additional costs employers could face.

A recent decision of the Ontario Superior Court is a reminder to all employers of the liability associated with engaging individuals as contractors in circumstances where the practical, day-to-day nature of the economic relationship is that of an employee. This can become particularly tricky to manage when there are transitions in that relationship from contractor to employee or from employee to contractor.