Each year the Ontario Dental Association (ODA) sets their dental fee guide for the coming year.  This guide is used by many dentists to set their prices (though they can charge above or below this). Insurers tend to use these numbers as the “reasonable & customary” limitation for claims.

Last year the Ontario increase was 4.19% on average, which was the highest we’d seen in well over a decade.  The average over that time period was about 2.2%/ year.  The 1.27% increase for 2020 is a bit of a nice break and much lower than we’d been led to expect.

What this means to employers is that if your employees all submitted the exact same claims this year, as they did last year, then the cost charged would be 1.27% higher.  In reality, there are also trend and utilization numbers that are added to this (because we don’t do the same thing every year), but that said, this means a bit of relief in the rate creep we had been dreading.  (Other insurers will be similar to the levels shown below) 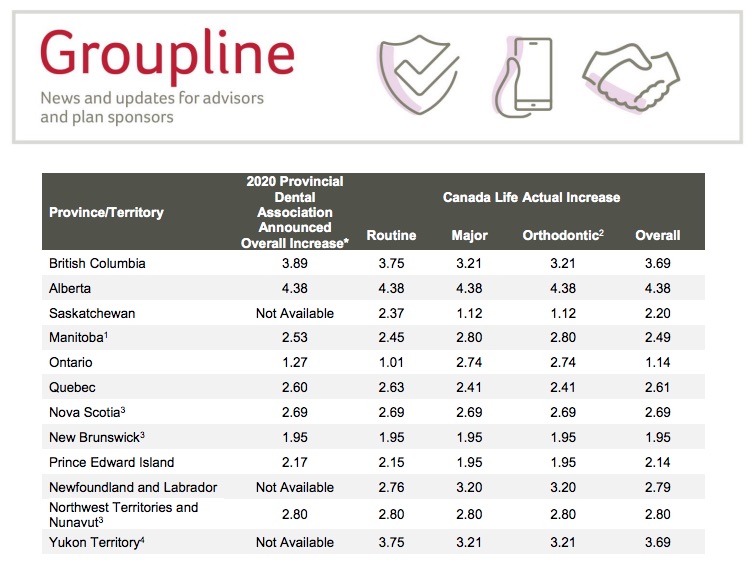